During #30DayMapChallenge I was hunting for 3D maps, and there it was: a post showing a flight over a mountain, made using an recently open-sourced library, Procedural GL JS! Not Google, not Mapbox.. not MapLibre GL 🙂

I will show some details about the library, and a few examples of my implementation. But first, a few words about 3D maps on the web.

This will be a somewhat technical post, if you are interested bear with me, if not, you can go directly to the Showcase section and look at the beautiful pictures in the article, or enjoy the videos.

Also, this article is an example article, and must be further documented, sorry for possible mistakes.

They have been in the digital realm for a while, and on paper since ages. Even from the oldest times people have tried to represent the terrain in a 3D perspective, using different techniques, transposed into beautiful mountains profiles. Raised-relief maps have existed since the Qin dynasty (221–206 BCE) of China, and a Bronze Age slab found in France is the oldest 3D map in Europe, and is believed to date from the early Bronze Age, between 1900 BC and 1650 BC. Also, old topographical maps represented various forms of relief. 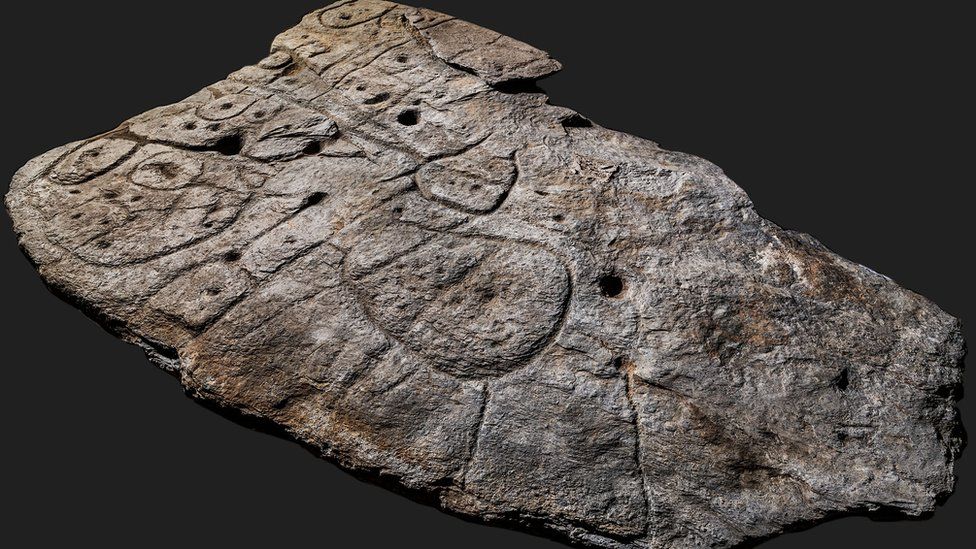 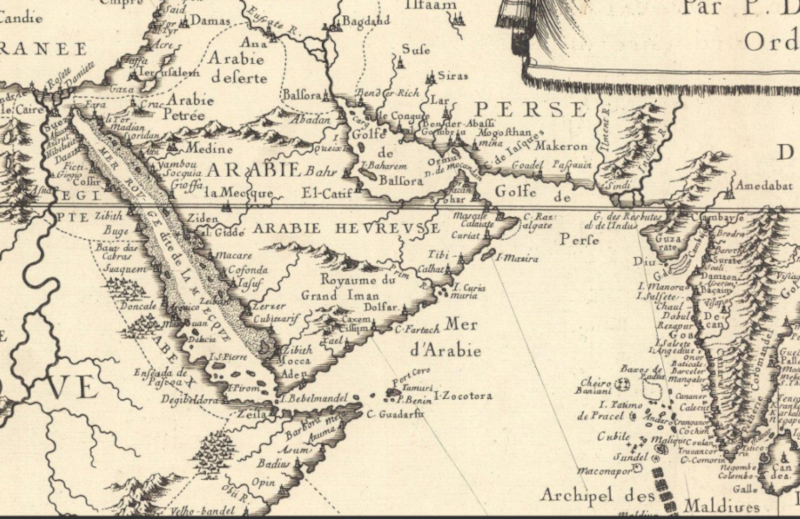 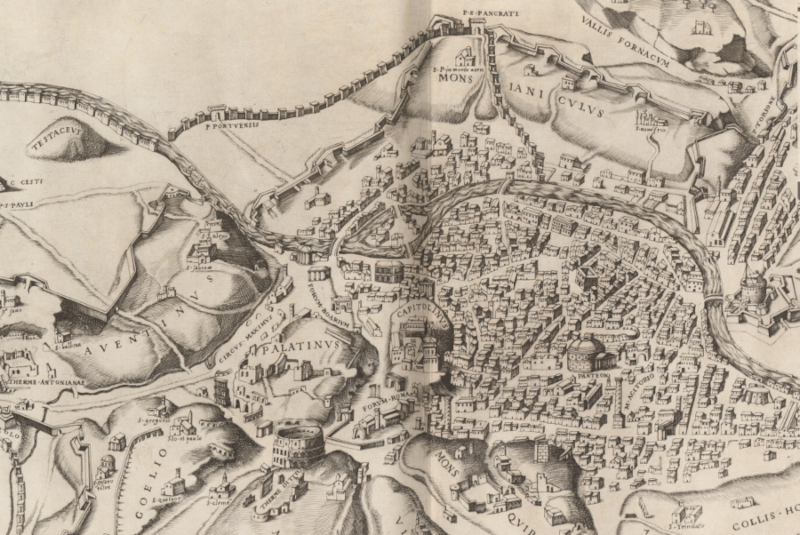 If we refer only to digital Cartography, there are many proprietary as well as open-source applications that can create a 3D map view starting from the terrain elevation, most reknowned being ESRI's ArcGIS and QGIS.

Modern 3D cartography maps are created using 3D models from local measurements of the terrain, high resolution photography, or from satellite immagery and aerial photography. Below you can see beautiful images of Washington state geology, derived from LiDAR cloud point data. And a 3D model of El Capitan, from a LiDAR scan consisting of over 36 million points. 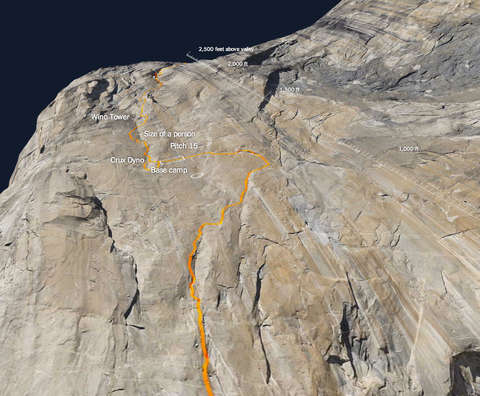 Below are some examples of 3D visualizations of LiDAR data using PDAL for point cloud processing and Entwine (a webGL based library) and Potree to render the models in the browser. 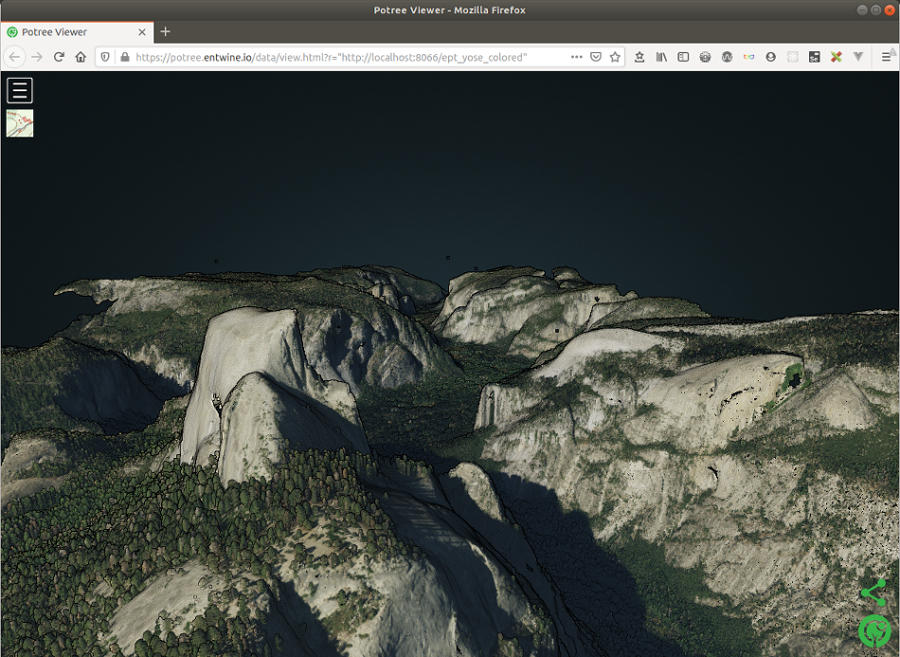 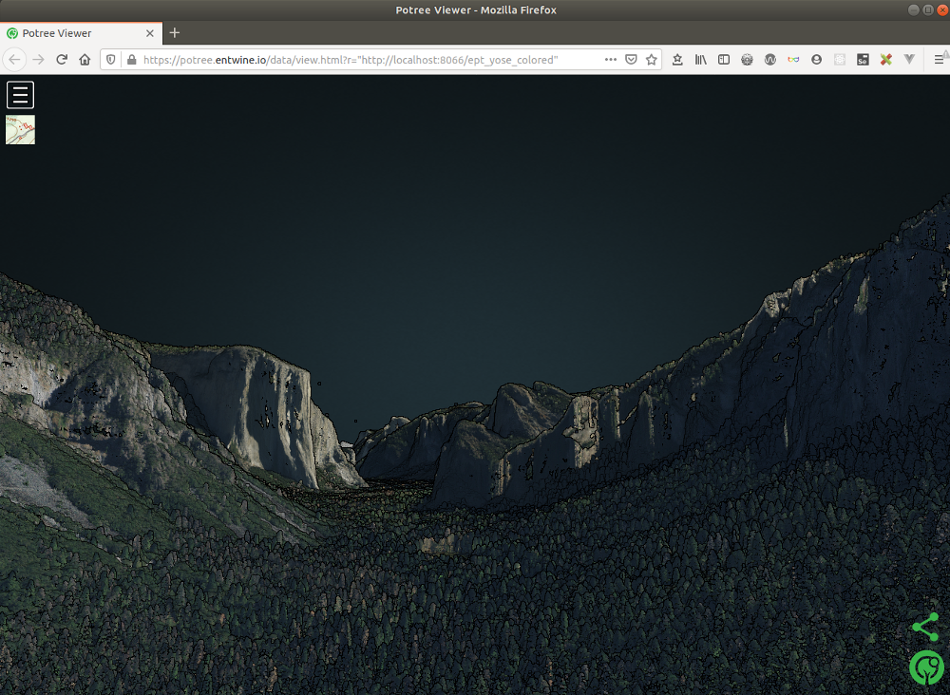 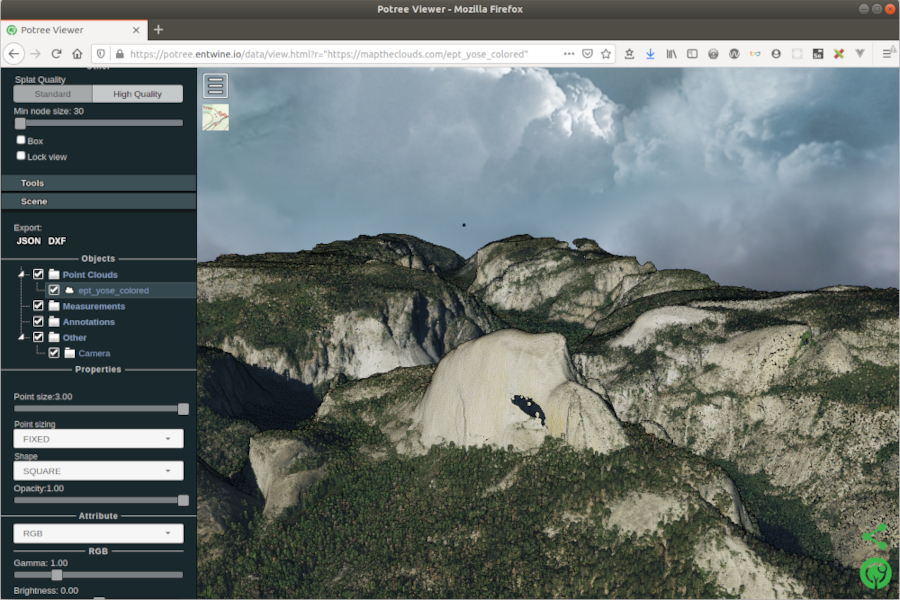 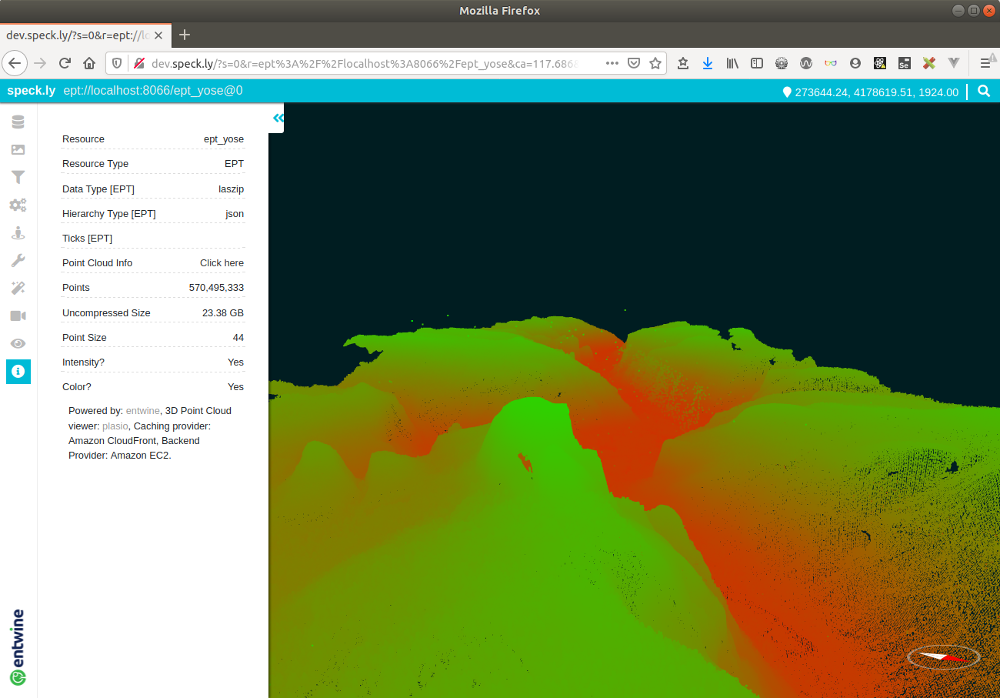 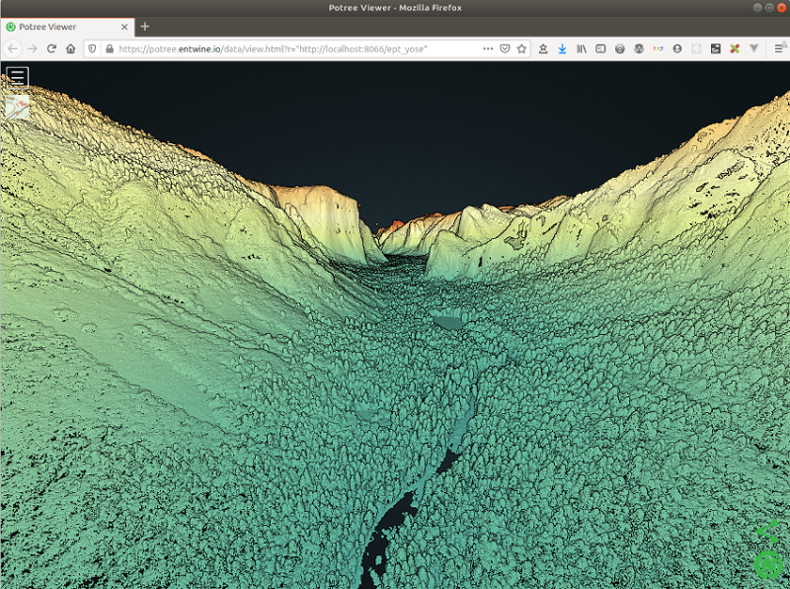 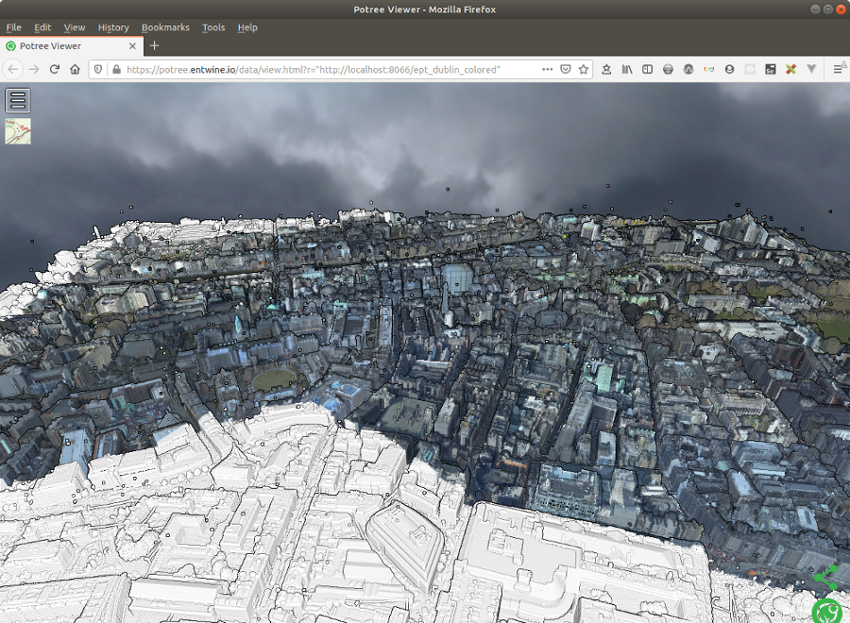 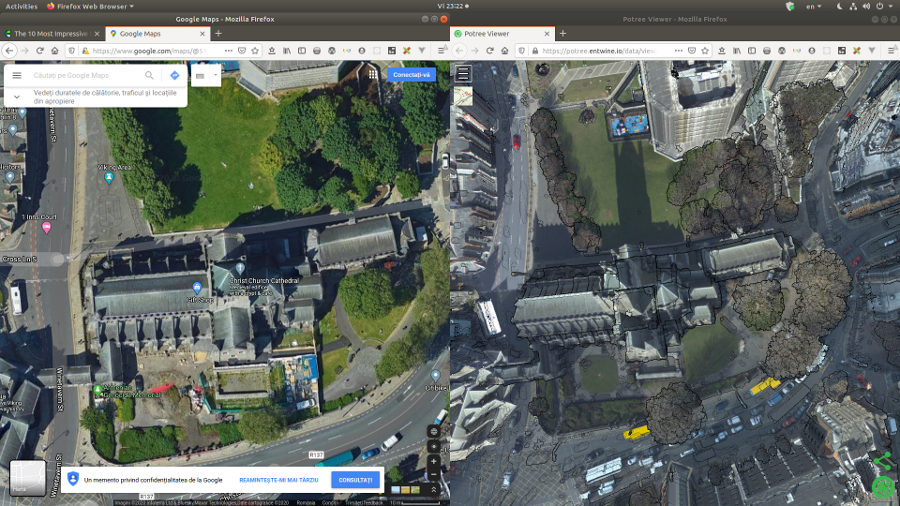 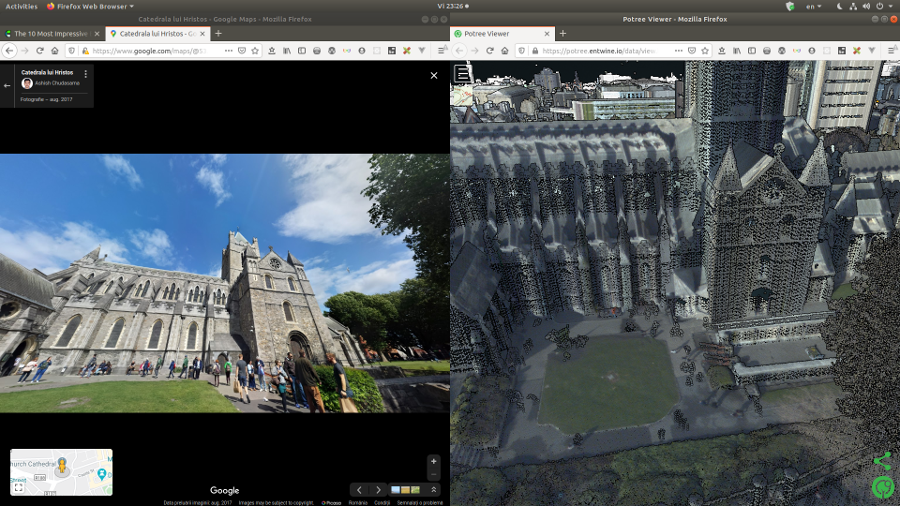 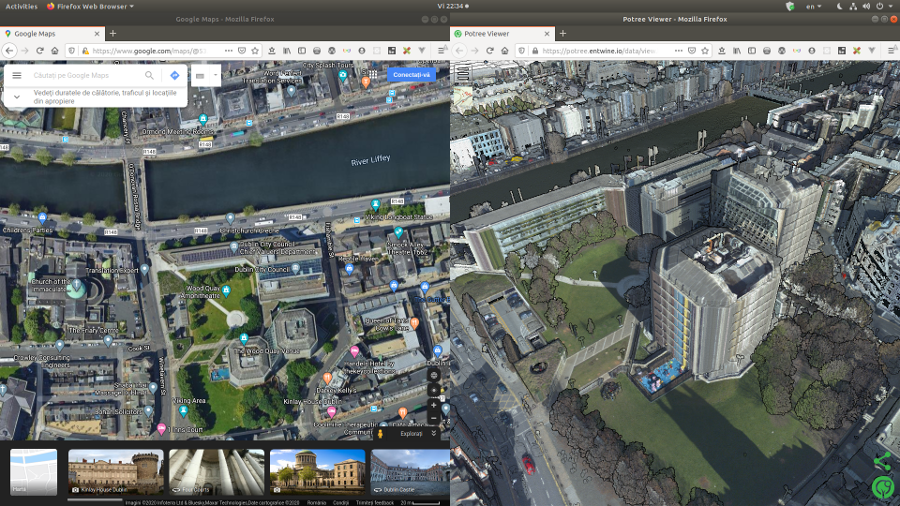 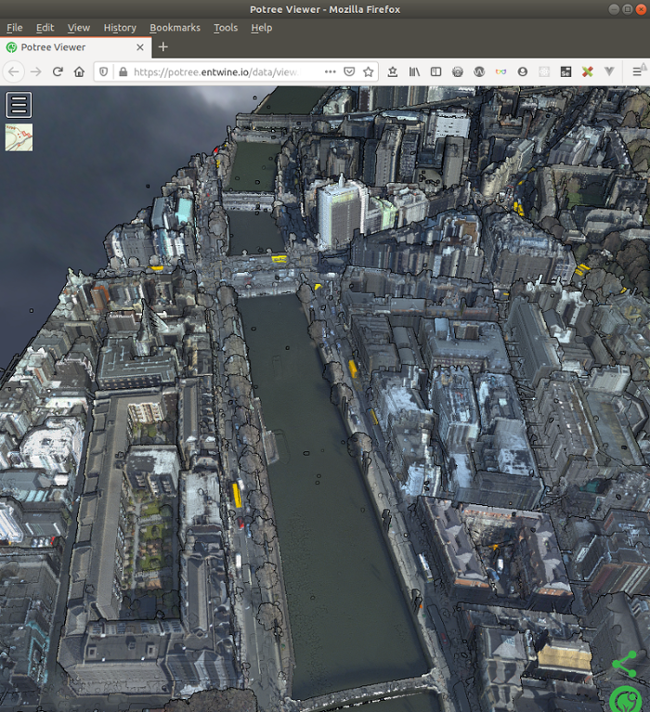 Usually, a 3D map is created from a series of points that contain the terrain elevation in metres, which are processed into a triangulated irregular network (TIN) using specific algorithms based on the Delaunay criterion and the Voronoi tesselation. Further, this model can be smoothed, and an aerial image can be drapped over it, and this is the 3D terrain view from Google or Here!

Many sensors used in GIS applications (for example LIDAR), generate dense point clouds. Such applications often take advantage of more advanced data structures: for example, Triangulated Irregular Networks (TIN) that can be the base for Digital Evelation Models (DEM) and in particular for the generation of Digital Terrain Models (DTM). Point clouds can also be enriched by classification information that segments the points into ground, vegetation and building points (or other user-defined labels). [ src ]

The specific data structures used for obtaining 3D models are: 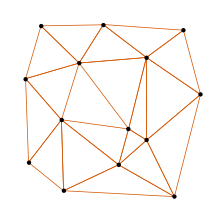 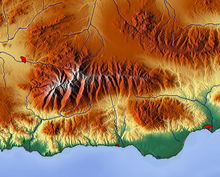 If we go further, ArcGIS Online, CesiumJS, VTS Geospatial, iTowns, MapBox can render 3D maps in the browser. And the gaming applications. We will see a lot of 3D mapping for the web revolves around the WebGL API.

WebGL is a web based OpenGL API written in JavaScript. It can render 3D models of a terrain transposing the real world coordinates into screen coordinates (projecting the polygons - like any mapping software).

In WebGL, you can cover a polygon 3D model with real-life imagery using the UV mapping technique. 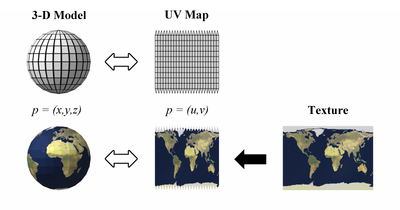 wikipedia.org
The application of a texture in the UV space related to the effect in 3D.

There are several frameworks that make working with WebGL easier, most of them written in JavaScript, like Three.js, Babylon.js, MapBox GL, CesiumJS, MapLibre GL, and Unity game engine(C#).

Here is a comprehensive list of open-source projects categorized as Webgl. There are many open-source projects, but we must be aware that at any moment they could go closed-source, or you may need to pay for specific services to use the library at its full potential.

Now, that you have seen some of the alternatives for rendering 3D maps on the web, let's get back to the new (open-source) kid in town, Procedural GL JS.

Felix Palmer, the creator of Procedural GL JS, came with this surprise near the end on #30DayMapChallenge on Twitter, when the challenge was to make a map with a new tool. Right in time!

Below, you can find some details about the library, from the documentation. And here is the GitHub repository.

Procedural GL JS is a library for creating 3D map experiences on the web, written in JavaScript and WebGL. It is built on top THREE.js. It provides an easy-to-use, but powerful framework to allow 3D maps to be embedded into web pages. Super-fast loading and optimized for mobile devices. 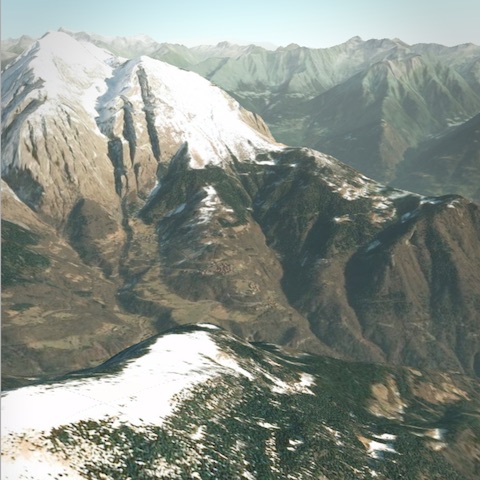 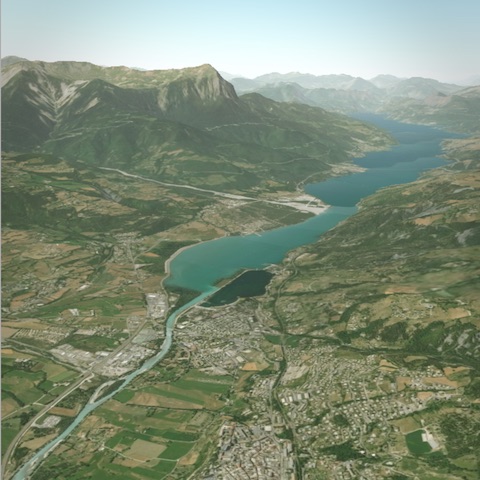 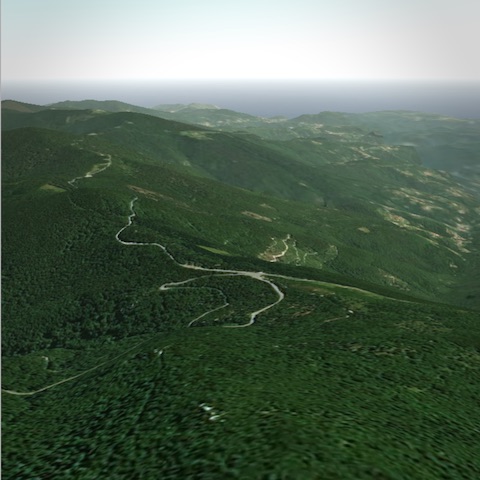 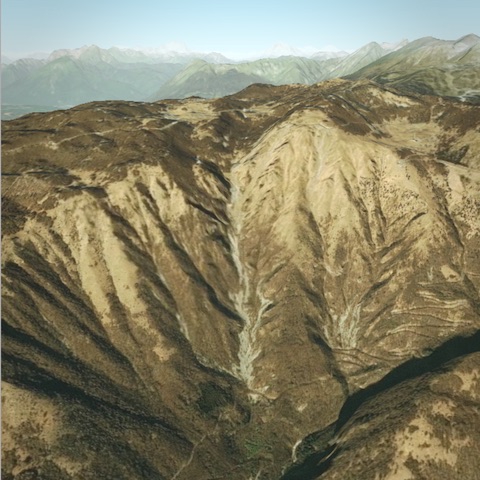 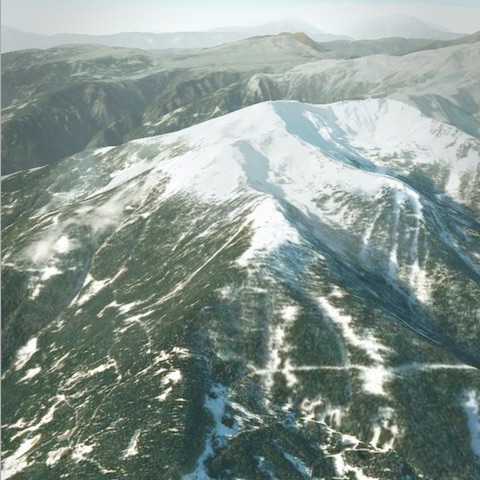 I have used Procedural GL JS only for the #30DayMapChallenge task, and below you can see some pictures and two videos. I only had to add my points and lines data, setup the data source for elevation and imagery, and pick the center of the map.

It is very easy to kick up a project because of the helpful detailed documentation. I intend to explore more features of this cool library and add my own elevation data some time soon. You should give it a try, too!

I hope you have enjoyed the 3D maps on the web journey. You can find out more about 3D and LiDAR in the related articles, at the bottom of this page.

Until the next article, stay well and don't forget to admire the beauty of real 3D mountains from time to time. 😄 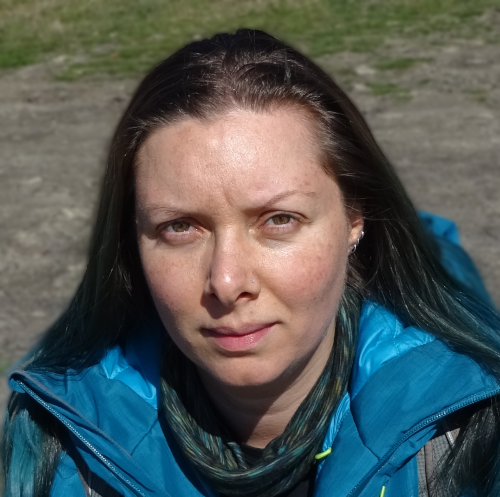 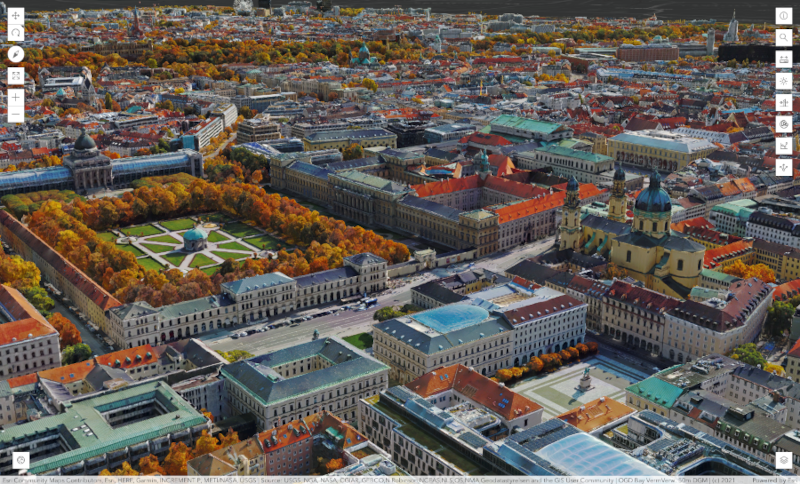 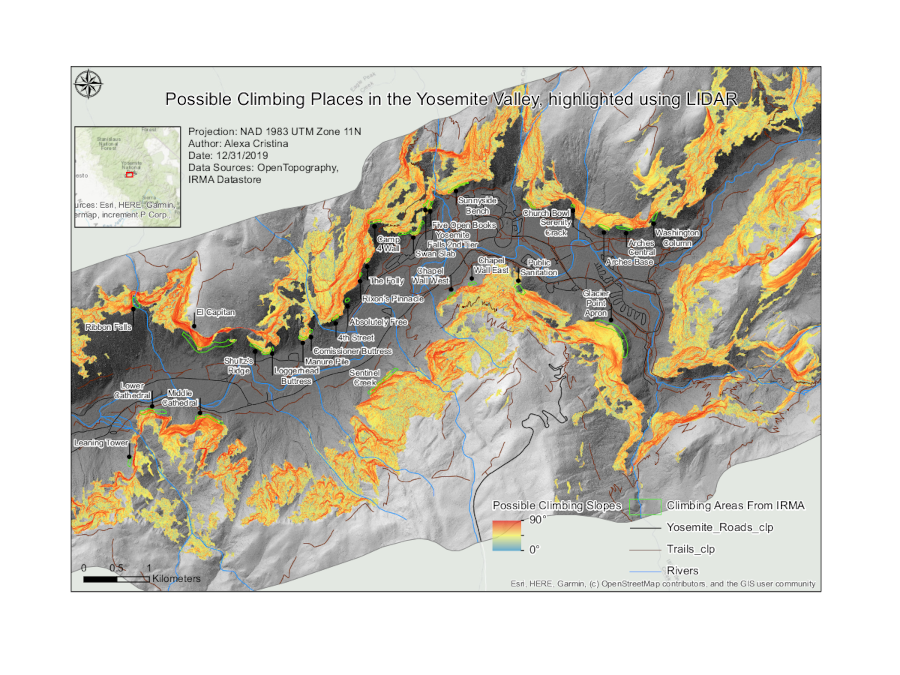 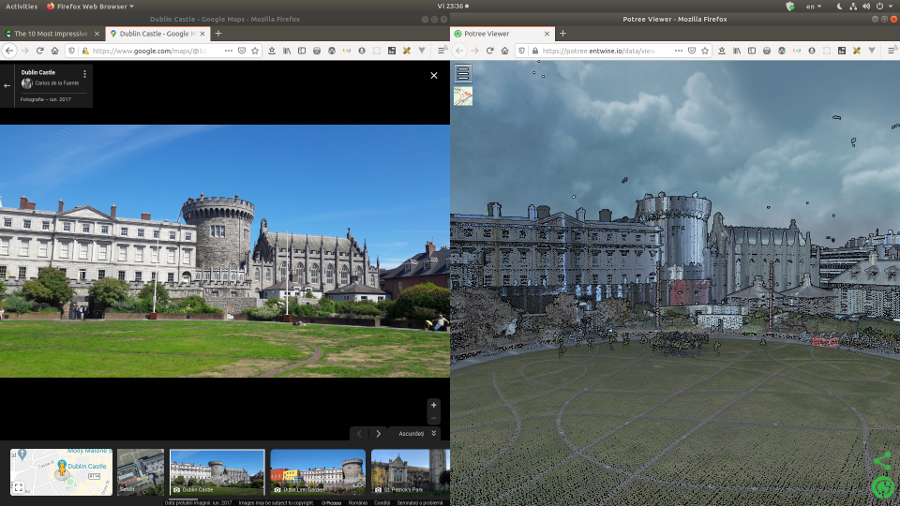